What is meant by Portal Hypertension? 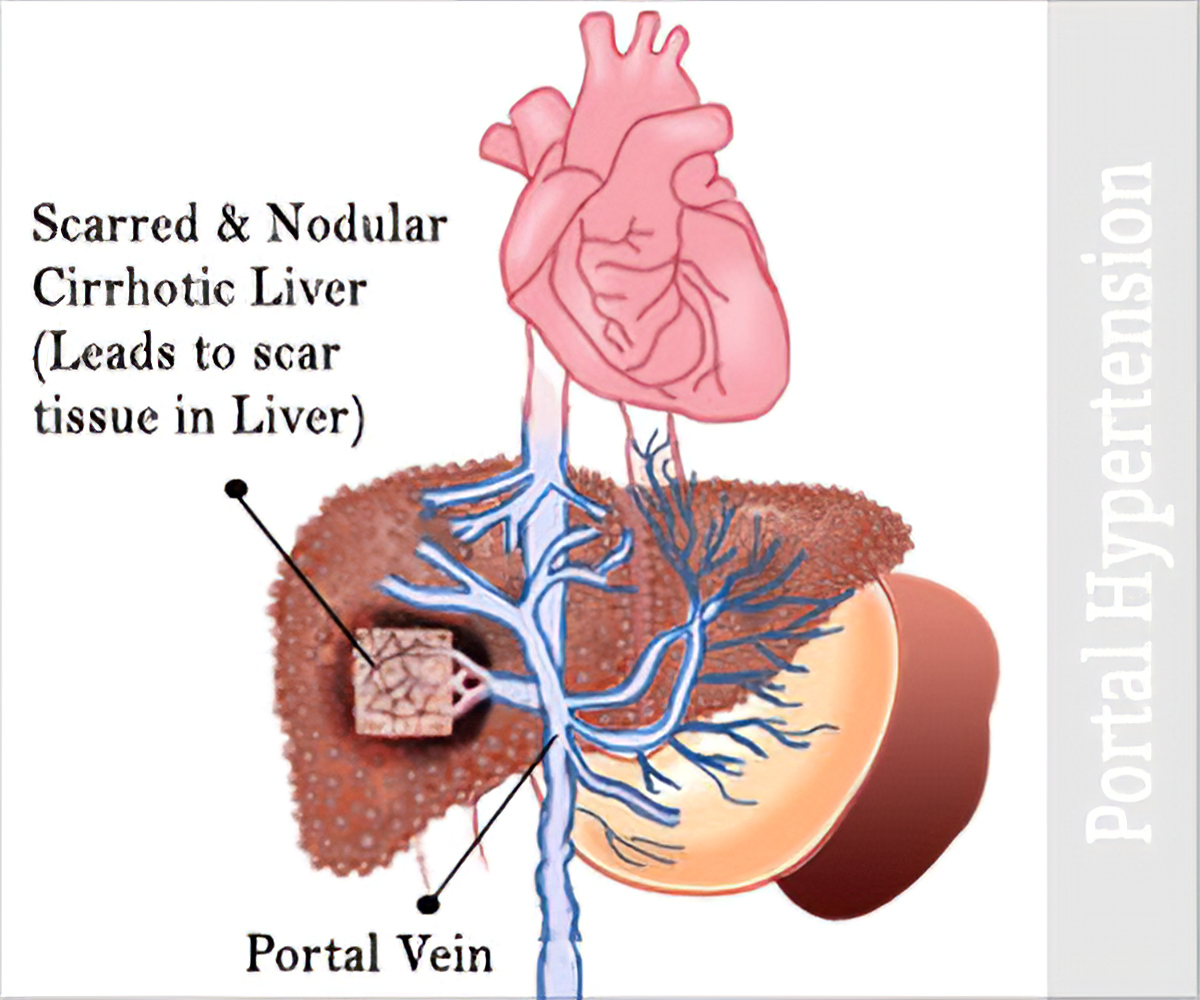 Portal hypertension is an increase in the blood pressure within a system of veins called the portal venous system. Veins coming from the stomach, intestine, spleen, and pancreas merge into the portal vein, which then branches into smaller vessels and travels through the liver. If the vessels in the liver are blocked due to liver damage, blood cannot flow properly through the liver. As a result, high pressure in the portal system develops. This increased pressure in the portal vein may lead to the development of large, swollen veins (varices) within the oesophagus, stomach, rectum, or umbilical area (belly button). Varices can rupture and bleed, resulting in potentially life-threatening complications. To avoid these complications meet Dr Chetan Kalal he is a Portal Hypertension Specialist in Mumbai, Maharashtra. And he is giving Portal hypertension treatment in South Mumbai also. Visit and take a Consultation from Dr. Chetan Kalal.

The most common cause of portal hypertension is cirrhosis of the liver. Cirrhosis is scarring which accompanies the healing of liver injury caused by hepatitis, alcohol, or other less common causes of liver damage. In cirrhosis, the scar tissue blocks the flow of blood through the liver. Other causes of portal hypertension include blood clots in the portal vein, blockages of the veins that carry the blood from the liver to the heart, a parasitic infection called schistosomiasis, and focal nodular hyperplasia, a disease seen in people infected with HIV, the virus that may lead to AIDS. Sometimes the cause is unknown.

Unfortunately, most causes of portal hypertension cannot be treated. Instead, treatment focuses on preventing or managing the complications, especially the bleeding from the varices. Diet, medications, endoscopic therapy, surgery, and radiology procedures all have a role in treating or preventing the complications. Other treatment depends on the severity of the symptoms and on how well your liver is functioning. With a proper diagnosis from Dr. Chetan Kalal– Portal hypertension specialist in Mumbai, Maharashtra, he can suggest you the necessary treatment or necessary surgery option. Treatment may include:

Dr. Chetan Kalal is currently the Consultant, at the Department of Hepatology Institute of Liver Diseases, HPB Surgery, and Transplant at the Reliance Hospital, Mumbai. He is one of the Best Liver specialists in South Mumbai and the Best Hepatologist in South Mumbai.

How To Reach Us